STEP #1: Where Should we ship your FREE book?

This Amazon International Best-Selling Book Normally Retails at $27 but we bought it for you. All we ask is that you cover the tiny shipping fee, and you will receive it within 7-10 business days.

Attention! If you're thinking of Changing your job - read this first to make the best decision possible!
1
Customer Info
Where Should We Send It?
2
payment
Your Billing Information

Shipping
YES! I want the Suited Monk Book for only $4.97 & all the FREE Bonuses!
We Respect Your Privacy & Information
Edit Shipping Details
Your order has been declined. Please double check your Credit Card Details or contact support for information.

UPGRADE MY OFFER! 72% of our members choose this upgrade!: Not available anywhere else, even on Amazon, this audio book is the perfect way to read while you're on the go - on the way to work, at the gym, or in the car! Simply connect your headphones and listen. WARNING: Do not operate heavy machinery while listening to the profound lessons from the Suited Monk! You will hear some profound things that will cause you to think deeply and ponder where things are headed for you!

I'm so confident this book will have a profound impact
on your career, that it comes with a 30-day
unconditional money-back guarantee. If for any reason
you're not 100% satisfied with your purchase, just send
us an email to marketing@suitedmonk.com and we'll issue you a full refund directly back to your credit card, and you can keep the book and all the bonuses! 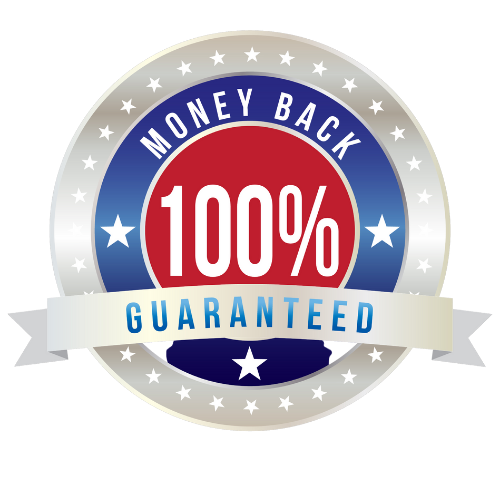 YES! I want to align my purpose (monk) with my career (suit) so I can have true happiness and fulfilment in my life 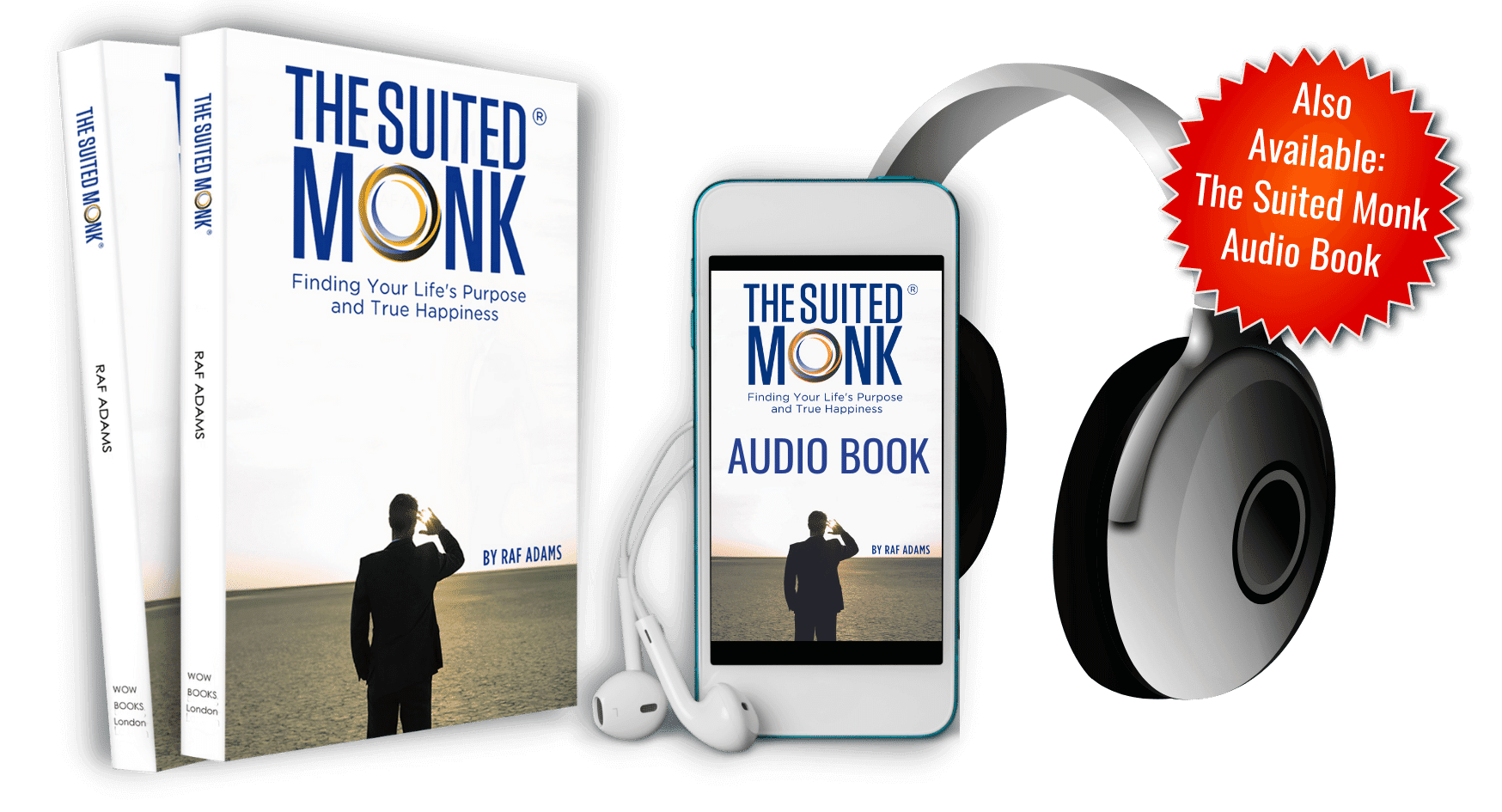 here's what you're getting:

If you also want the Audio book, please add it to your order at the checkout!

... And It's More Than Just A Book About Personal Growth ...
The Suited Monk series of books became so popular that it is now available in 3 languages (English, Chinese and Spanish) and has been turned into 2-day workshops for companies and universities, with international trainers hosting workshops using The Suited Monk Methodology.
Tina, HR manager from Apple says The Suited Monk workshops helped participants become happier, stronger and lead healthier & balanced lives, and believes The Suited Monk is much more than just a book.
Nicolas, the General Manager of Nike Golf participated in The Suited Monk workshops in 2016 and resulted in increased decision making capacity, greater empathy & trust with his team and ultimately his relationship with his wife improved too.
Mike from China Europe International Business University (CEIBS) used The Suited Monk as a teaching model to help students create clarity on their career decisions, and has also published the book into Chinese Mandarin.
Danilo, VP for NIO Vehicle Engineering requested 1-1 executive coaching after hearing about the success of The Suited Monk through his colleagues because he wanted to find clarity in his life and career.
Raf was invited to talk about how The Suited Monk helps people find more meaning and purpose in their careers at Tedx in Taiwan in 2011. 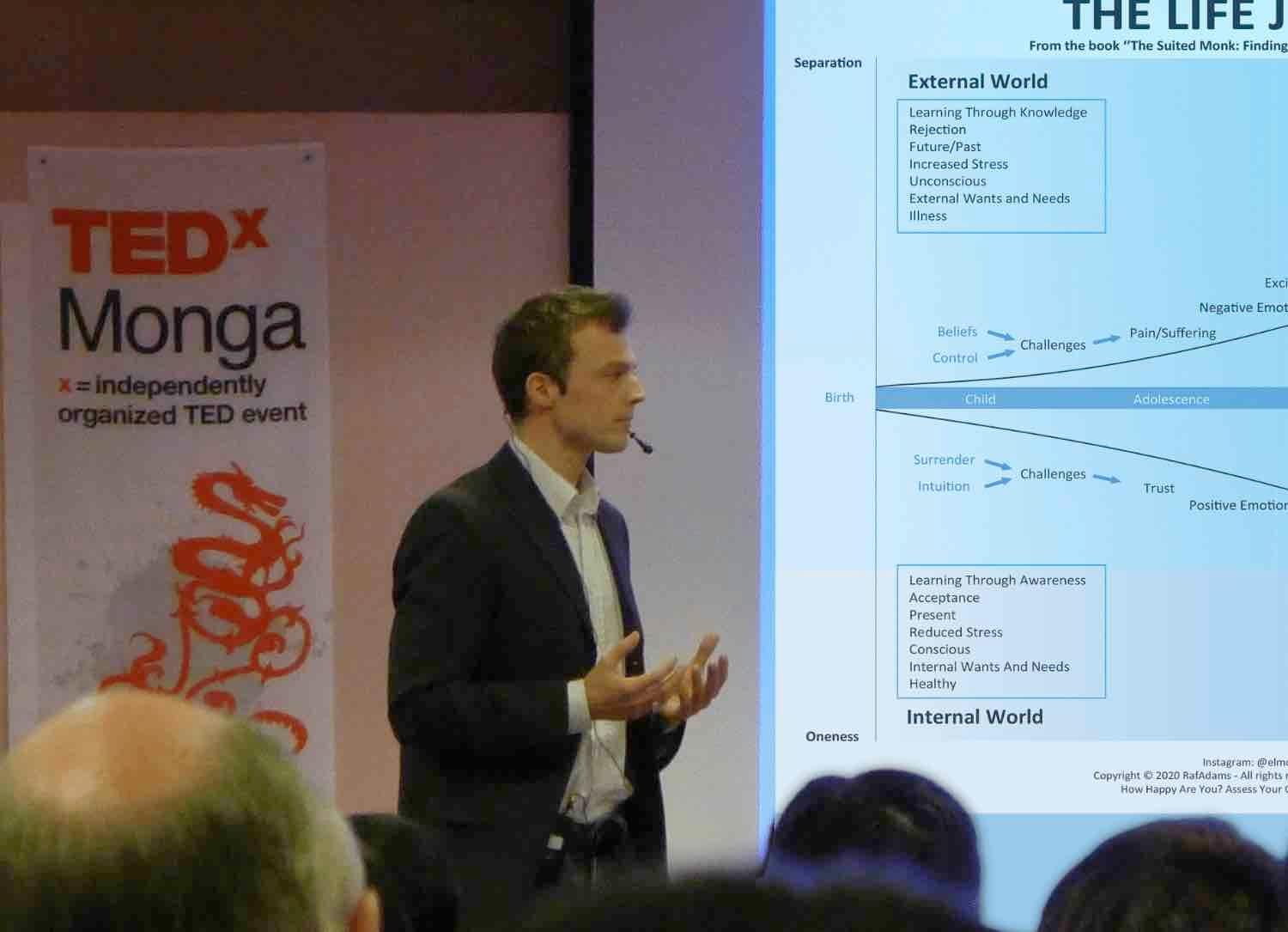 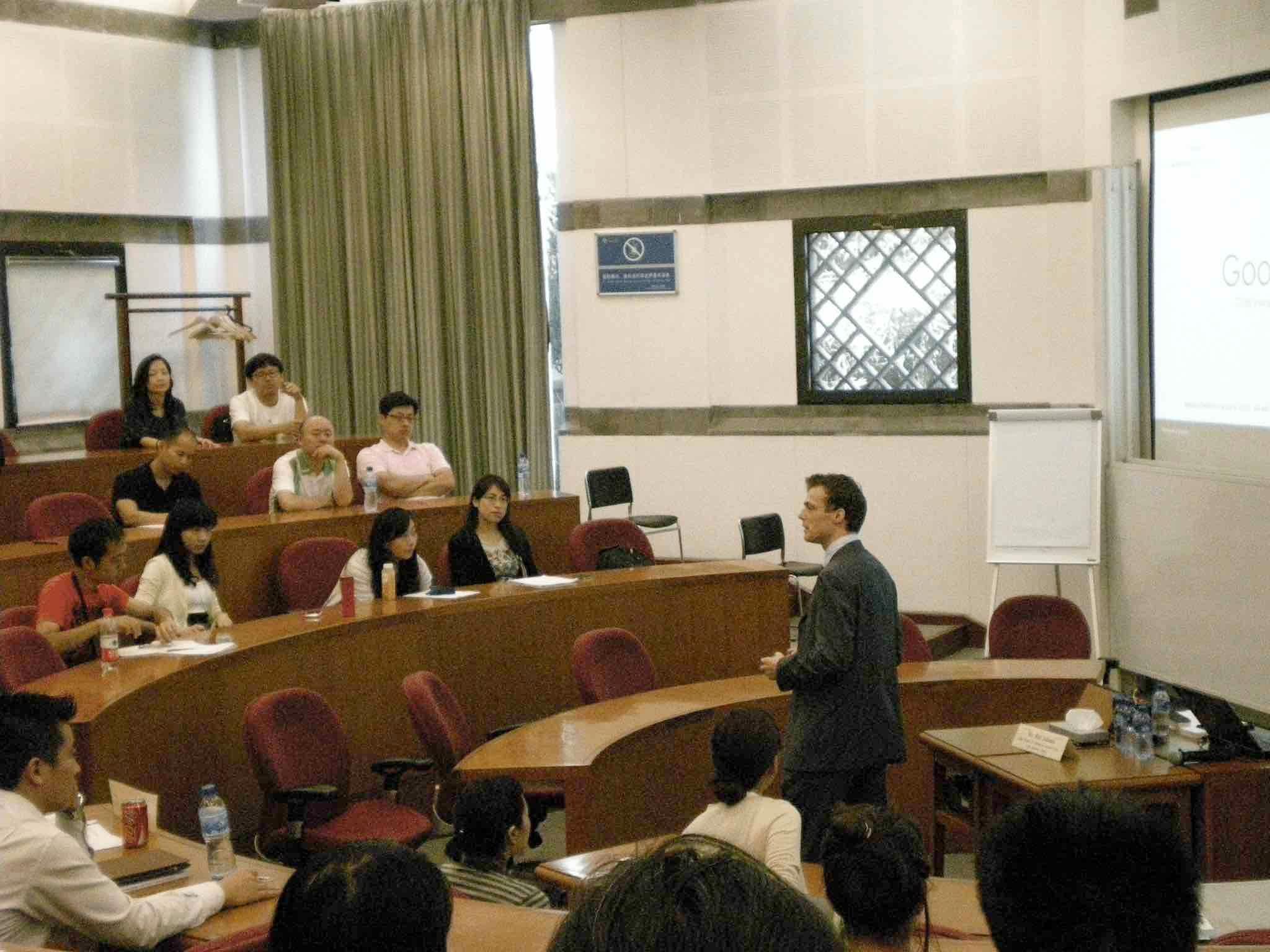 WHAT Everyone is SAYING ABOUT THE SUITED MONK 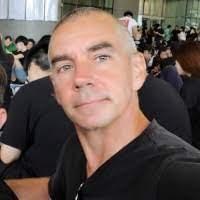 ''The Suited Monk is a book for NOW. Raf's distinctive, easy-to-read narrative captures the essence of "the truth" contained in the ancient spiritual traditions in a way that's relevant for today. This is a must-read for all suited monks and nuns on "Life's Journey." 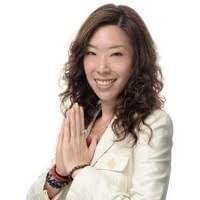 I recently got appointed to Director of HR for my company and wanted to attend a leadership course that could give me some new insights. I found Raf's course, The Suited Monk and really resonated with the philosophy and curriculum. I personally think that this is the future of the business world; to align business values with personal life purpose to enable leaders and teams to be happier and more effective in all endeavors. Raf provided me with great insights and most importantly, tools that I can now use to help build the foundation of a leadership program that empowers, teaches empathy, mindfulness and positive thinking. This is revolutionary in the world of HR and significantly changes the stigma and function of traditional HR.
Deborah Negrash
Transformational Life Coach/ Workspace Consultant
⭐️⭐️⭐️⭐️⭐️ 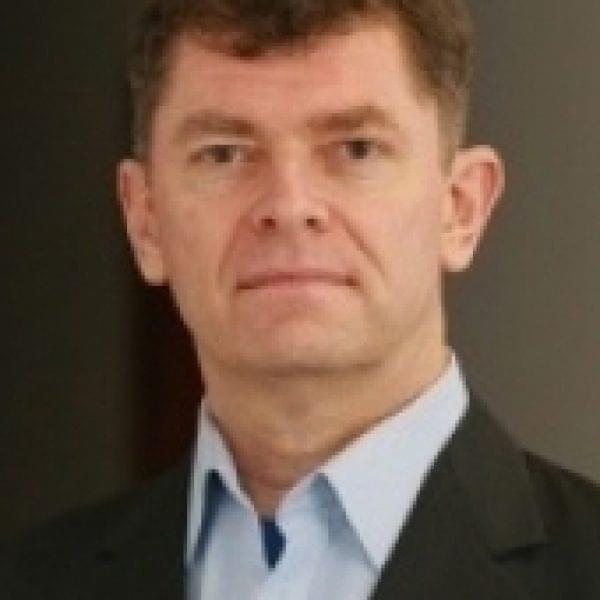 "Raf has developed a unique model to help executives gain insight into their personal and interpersonal motivations with a very coherent argument that we can trust our heart and "implement with our mind". I think it is only a matter of time before Raf's programmes and publications become world famous."
Mike J Thompson
Professor, CIBS
⭐️⭐️⭐️⭐️⭐️ 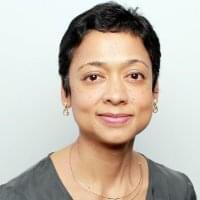 "The Suited Monk “speaks” to you. Written in an engaging, conversational style, the weighty matter of finding your life’s purpose has been decoded and broken down into some simple, easy to practice steps. Raf’s life journey model has been drawn from his and his workshop participants rich (and real) experiences and this is what makes it powerful and convincing."
RIKTTA PRASAD
HR Director, R&D, Unilever
⭐️⭐️⭐️⭐️⭐️ 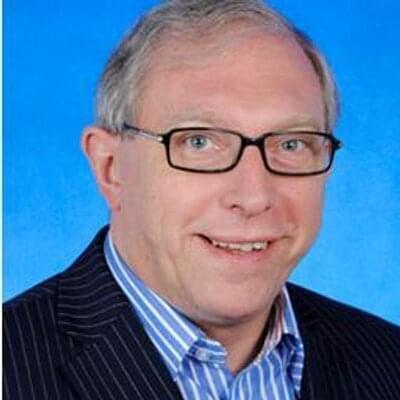 "Everyone who wants to enjoy life to the fullest should read 'The Suited Monk'. Raf’s Life Journey Model is a simple yet brilliant framework to help us understand why joy is not deducted from material wealth and we should strive for inner peace and happiness. Reading The Suited Monk, I rapidly identified my own journey to bridge the gap between the inner and external world, which I will now accelerate to the fullest. Raf is a hero who will continue to affect positively the lives of his readers
PETER BUYTAERT
Founder, CGL Management Consulting
⭐️⭐️⭐️⭐️⭐️

"Original and in honest, this book captures the Life Journey workshop perfectly and is highly recommended as separate reading or as complimentary follow up to one of Raf’s workshops. I found this book so helpful (Simple language and model, to a complex topic, easy to read, truly a knowledgeable book) that I have already recommended numerous to both read the book and participate the workshop."
HENRIK LARSEN
Chairman of the Danish Chamber of Commerce
⭐️⭐️⭐️⭐️⭐️

FREQUENTLY ASKED QUESTIONS
Who Is This For?
If you're thinking about changing or quitting your current job, you feel unsatisfied with your role and want to advance your career, make more money but do it in a meaningful and fulfilling way, this is for you!
Will it work for me?
If you're ready to listen with an open mind and open heart, then YES this can work for you. I promise this is nothing like anything you've seen before and will bring a completely new perspective to your current situation. I've worked with thousands of employees in all different roles from CEOs, managers to employees, and everyone goes through the same challenges that we cover in the book. If you believe in quick fixes and are only interested in making more money, this is NOT for you.
Is there an Audio Book version?
The Audio Book is only available here with this offer, it is not available anywhere else online. At the checkout, click the box to UPGRADE your offer. The price is $37
Is there a Printed Paperback version?
Yes, You can purchase a physical copy on Amazon US and UK
How is this different to other books, strategies or systems?
This is a never-before seen system for gaining the clarity for your next career step and communication skills to negotiate any job offer. Workshop participants have often mentioned how revolutionary and how different the Suited Monk Methodology is to anything else out there. This is not aimed at fixing any problems, but to show a totally new framework for living and working
What exactly am I getting?
For the low, 50% discounted off the price of the E-Book (Only pay $4.97), you will receive:
1) The original Suited Monk E-book in Kindle and iBook format (valued at $9.97, physical printed book valued at $27)
2) Bonus #1 "The Life Journey Model" Online Training (valued at $197 - the same training as given to thousands of my workshop participants)
3) Bonus #2 "The Gap Model" Online Training (valued at $197 - the same training as given to thousands of my workshop participants)
4) Bonus #3 The Suited Monk 9 Day Email Course (valued at $47 - it's the strategies and techniques from the book drip fed to your inbox every day for 9 days)
5) Bonus #4 The Happiness Gap Questionnaire (valued at $17) Developed with Dr Mike J Thompson surveying 100s of top leaders on job fulfillment and happiness
Do you have any real success stories?
Yes for sure, I can understand you want to see proof. Please scroll to the testimonials on this page for more details, or please check my Linked In profile for more testimonials. https://www.linkedin.com/in/rafadams
Is your money back guarantee for real?
Yes, I only want to share this knowledge and wisdom with people who will appreciate and are ready to make true changes to their lives. If you read it and feel like it's not for you, please email us at marketing@suitedmonk.com within 30 days and we will refund your money back to your credit card, and you can keep the e-book, along with all the bonuses. I want to make sure all the risk is on me, and that you feel secure knowing that you have absolutely nothing to lose!
YES! I want the Suited Monk Book for only $4.97 & all the FREE Bonuses!